This month we had a presentation on Ancestry.com.

Next we had Austin give us his attempt to get PCI passthrough working to pass his graphics card to a windows vm.

When booting the live disk I had to add "nouveau.modeset=0" at the end of the grub line to keep it from freezing when loading the GUI.

When the kde plasma loaded up i had to start up the terminal Konsole to run this command. It allowed the wifi to work.

After several attempts at the installer freezing when it got to the disk partition step, I got an error that said the gpt table had errors. I used the program KDE partition manager to write a new gpt partition table. After that the installer was able to get to the partition part of the installer and continued as normal.

After the install was done on reboot I added the "nouveau.modeset=0" to grub again to allow the GUI to load. I added "blacklist ideapad_laptop" to the end of "/etc/modprobe.d/blacklist.conf" so the wifi would work between reboots. The last thing was to install the nvidia graphics and nvidia prime.

After all this the laptop was good to use and didn't seem to have any issues between reboots.

With this laptop and Nvidia prime install it is possible to switch between graphics cards. I only tried the query command and it gave nvidia as the active card.

New year, new meetup events to generate, sorry about the delay.We have a special treat this month, Charlie Southerland is in town and planning a presentation. For those who might not know 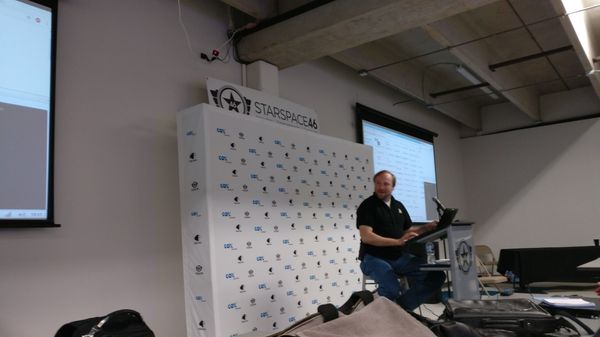